When the electors of the electoral college met in their respective states and cast their votes for Joe Biden, it seemed like there would be no more serious question about his bearing the title President-Elect, even Mitch McConnell gave him that respect on the floor of the senate, but Donald Trump hasn’t accepted this, and it’s not a joke.

Donald Trump held his first cabinet meeting in month and in that meeting, together with his senior advisors an argument broke out, the reporting is that the argument became heated, because Donald Trump wanted to discuss the option of declaring martial law and redoing the election in the so-called swing states that he lost.

Everyone needs to pay attention because there are only thirty-one days until the inauguration.

This is not a joke, if it were a joke, if it were just some kind of reality T.V. ploy people would not be spending political capital on the proposition, one hundred and twenty members of the House of Representatives would not have signed on to a lawsuit asking the Supreme Court to throw out the votes in those swing states.

If it were a joke his cabinet and his senior advisors would all be in on it, there wouldn’t be anything to argue about. Some might feel that it was a joke in bad taste, but they wouldn’t squabble.

Be aware Trump will do anything to stay in power, and if you think it is impossible, think again, it is merely improbable.

Listen, if the path to Trump pulling off his coup involved a complicated political and legal strategy that had to be executed flawlessly over an extended period of time, then I would say there is no chance of Trump succeeding or even staying interested in it long enough for him to pull it off.

But, if dumb Donald thinks he can succeed simply by breaking shit…he is going to break everything in his way, smash it to bits, create chaos, leave the country vulnerable in his bid to retain power.

Be mindful, I am not trying to be an alarmist. This is just how it is, that is who the Donald Trump is.

The country is in danger.

Now, I do think his path to success in this endeavor is so improbable as to be impossible, but I also think the fake president doesn’t care…I think he is going to break things. 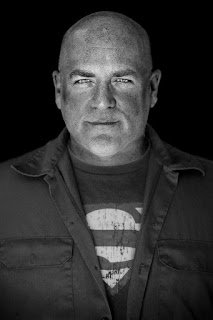