They have all been men (so far), flawed men; everyone who has ever held the office has been flawed. Some have had heroic attributes, but all of them have had craven moments.

There have only been forty-six them, and we have just lived through the chaotic and criminal presidency of the 45th, ending with his second impeachment after a failed and hapless insurrection that he waged in a desperate and feeble bid to retain power, or simply to assuage his mad vanity…

Today the occupant of the oval office is a long serving government official, former Senator and former Vice President, the oldest man ever elected to the office, Joseph R. Biden, and it seems like he wants to do some good for the people of this country, which would be nice for a change since the government is meant to be there to work for us…all of us.

We are in the middle of a global pandemic, a catastrophe that we have been struggling through for over a year; nearly half a million Americans have died from it, in large part do to the rank incompetence of the 45th President.

There is a lot of work ahead of us, and I do not know if we are up to it, but at least we have a President who understands that it is his task to hold us all-together while we try to get the work done.

We have a President who seems interested in doing more than simply manage the moment in front of us; his team, which includes the first woman to hold the office of Vice President, his team is looking past the pandemic, they are looking forward to the job of rebuilding our country, of redefining the American experience, of making the American Dream a reality that includes everyone, lifts the spirits of everyone, distributes what is just and good to everyone, cares for everyone, and leaves no-one behind.

We can do this; we can do it if we have the political will to push our elected representatives to do the right thing. 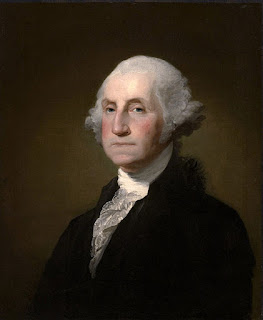