Nabokov on a Yellow Post-It ©

I found a square of paper, a sticky quadrilateral

A blank parallelogram, a golden-yellow rhombus

I found a square of paper, discarded in the trash

The empty plane of a Post-it note, waiting to be filled

I found its tightly woven mesh, like a golden-yellow net

And then, a thought that fluttered by—

These inky-blue letters, inspired by a butterfly

I thought of Nobokov, a man in love with butterflies

More so than he was with prose, he spilled more ink recording

The subtle variegations of a butterfly’s wings

Micro-changes in coloration denoting their migrations

Than he did composing his tomes of poetry and fiction

I was instructed that the barest touch, would brush the “magic”

Dust from their wings, without which they could not fly

The heroine Wendy took flight, waging war against a pirate

Whose only fear was time, the only thing old Hook was panicked by

The tick-tock revolution of the hands of a clock, Wendy flew

And she fought, for the pipe-playing-boy-god (she loved)

She laughed and flew—soaring with a Titan named Pan

All butterflies bear the image of Pan, the face of the horned God

As they dance in the wind, goat-footed Pan the God of wild places

Timeless Pan, God of loneliness and madness, God of shock and,

Feral desire, traits all boys are cautioned to temper, lest they become

Lost in the haunts of their inner child, goatish—untamed and wild

And to witness it emerging, even in the metamorphosis of a worm

He loved the tragedian, the anti-hero, and the tragedy itself he longed for

The destruction of tyrants…of self, basking in the subversion of the aged

In the morass of a wild youth, lamenting its corruption, celebrating rebirth

He caught in his pages, like a poem on a Post-It the fragile nature of longing

As delicate as the netted butterfly, which once acquired—

Lives  but a few moments before it expires 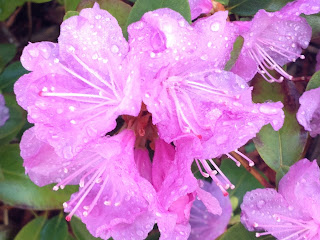